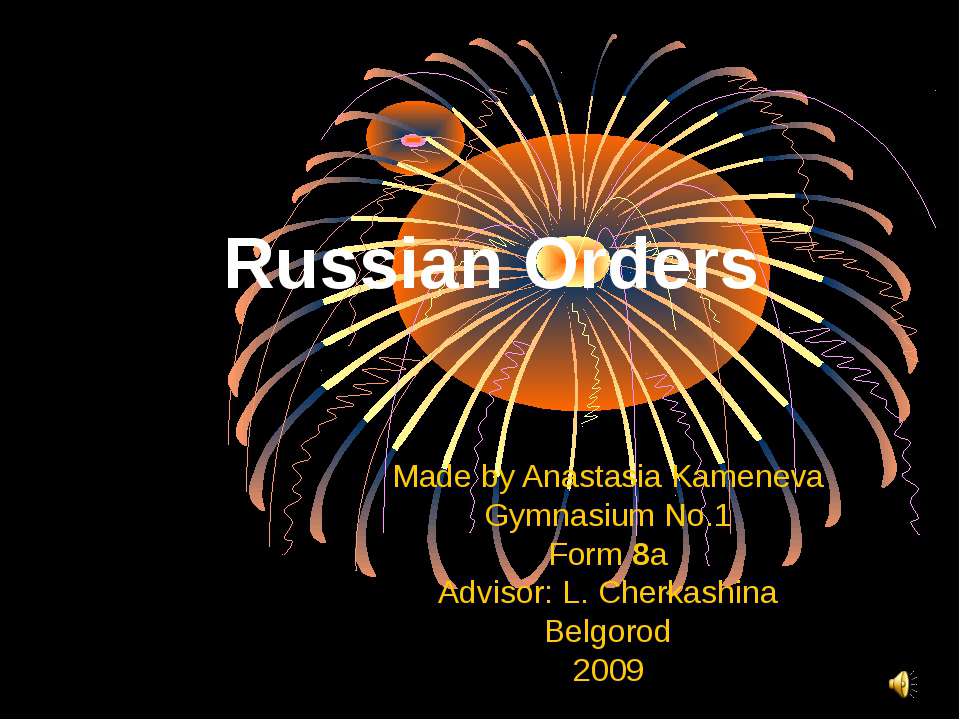 Aim The objective of my project is to attract public’s attention to the history of Russian Orders.

I have created a computer presentation because it is eye-catching, interesting, unusual and bright. I have skimmed some historical books . I have read a few newspaper articles and have scanned Web sites related to my topic.

The Russian award system originated almost simultaneously with the formation of the Russian state. The customs of awarding a special sign of distinction for military exploits, a neck gold "grivna" (medallion), existed in Kiev Russ already in the 11th-12th centuries. Later, in the I5th-16th centuries, the tradition of the mass awarding of special medals to all participants in a campaigns originated in Russia, and it was the only country in the world at the time to do so. Origin

The first Russian order, that of St. Andrew, was instituted at the very close of the 17th century by Peter the Great.

Yakov Vilimovich Bruce was one of the few military commanders to receive the St. Andrew Order for the victorious Battle of Poltava. It is the only surviving Russian star of the first half of the 18th century.

The St. Catherine Order for women appeared in Russia during Peter's reign. It was instituted in memory of events connected with the unsuccessful Prut campaign undertaken by the Russian army in 1711.

Peter the Great also instituted another order for outstanding military distinctions and it was named after the famous Russian military commander Alexander Nevsky.

But the idea of an award presented exclusively for military services had not been forgotten and the St. George Order was instituted in 1769.

A special George Cross made of silver was instituted early in the 19th century for soldiers and non-commissioned officers.

Several military awards appeared in the course of the Soviet Union's Great Patriotic War of 1941-1945. As a rule, the new awards were named after outstanding military commanders of our country.

The Order of the Patriotic War

The Order of the Patriotic War is founded by the Decree of the Supreme Soviet of the USSR dated May 20, 1942. It has two degrees. The 1st degree is the highest.

The Order of the Red Star

The Order of the Red Star is founded by the decision of the presidium the Central Election Commission of the USSR dated April 6, 1930 .

Order of Victory is the highest military award. It is founded by the Decree of the Supreme Soviet of the USSR dated November 8, 1943 . The Order of Victory has only been awarded 20 times to 17 outstanding military leaders. The names of the first three holders were announced on April 10 of 1944. These were marshals Georgy Zhukov, Alexander Vasilevsky and Josef Stalin.

The Order of Victory is the biggest and most beautiful Soviet order. It is a 72 mm ruby star made of platinum and studded with 170 diamonds with a total weight of 16 carats.

Conclusion Firstly, it is a sign of courage. Secondly, it is recognition of men’s services. I think it is very useful to know about Russian awards because we must proud of our heroes and our country. For us the Great Patriotic War has become a thing of the past. But is very important to remember the people who stood up for Russian in those years. 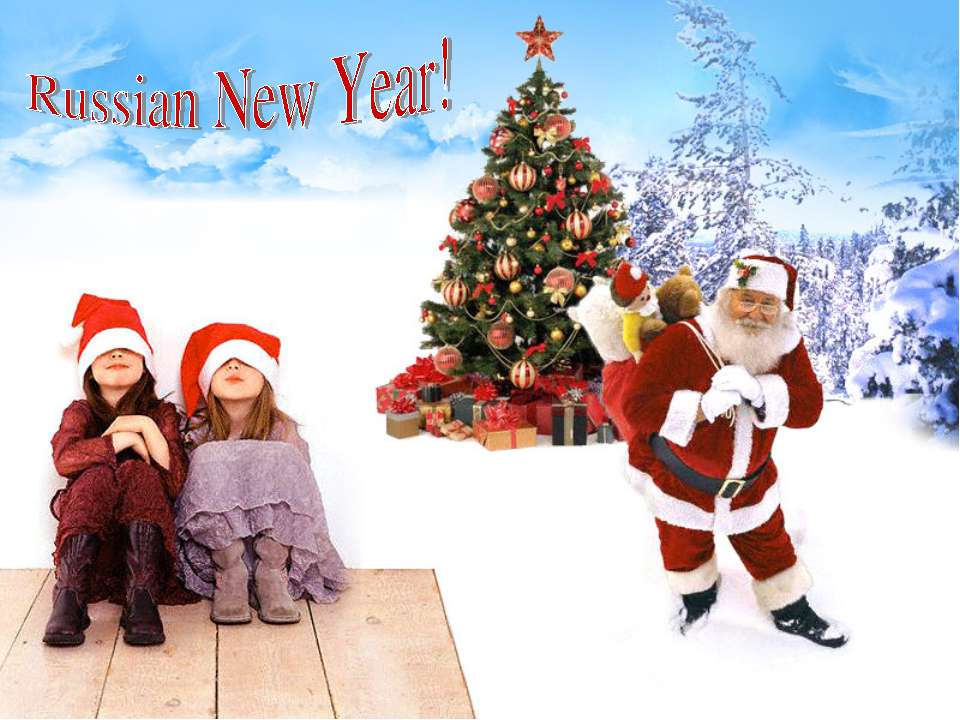 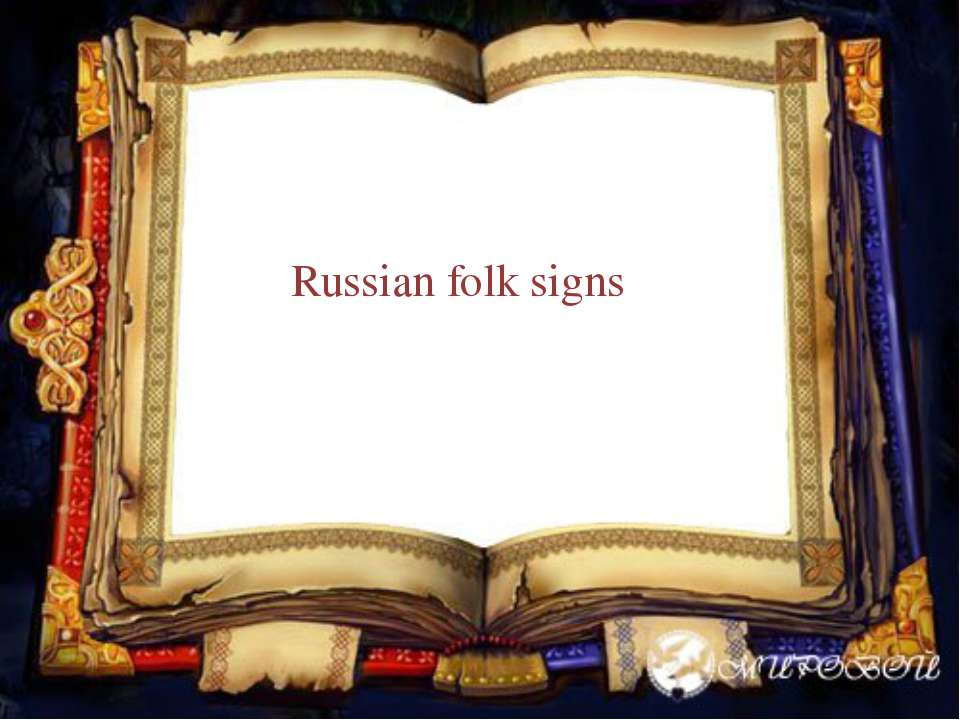 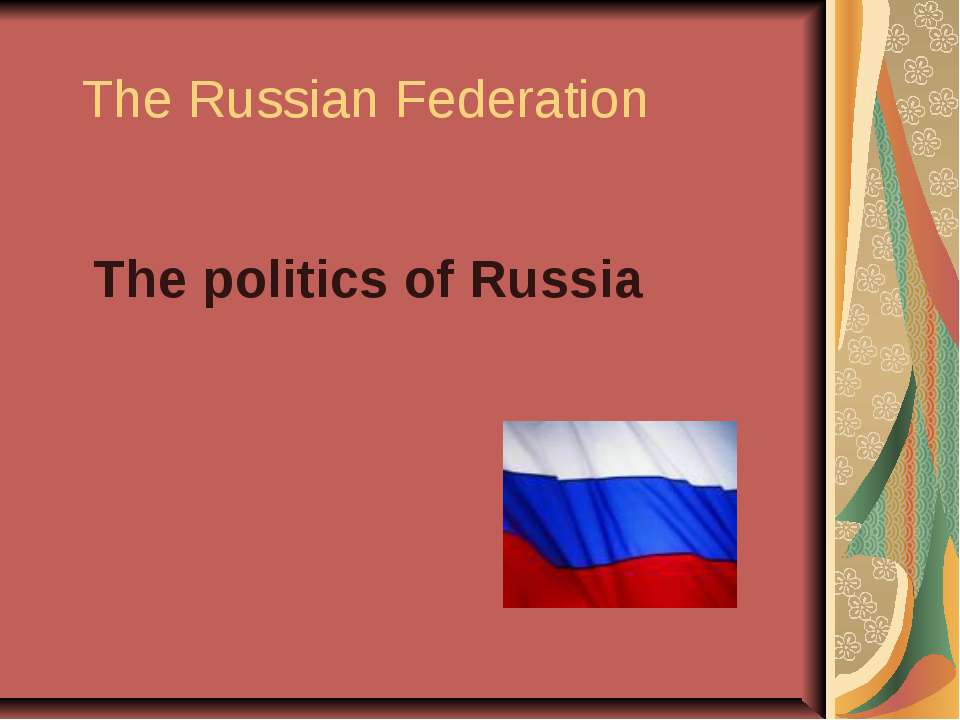 The Russian Federation The politics of Russia 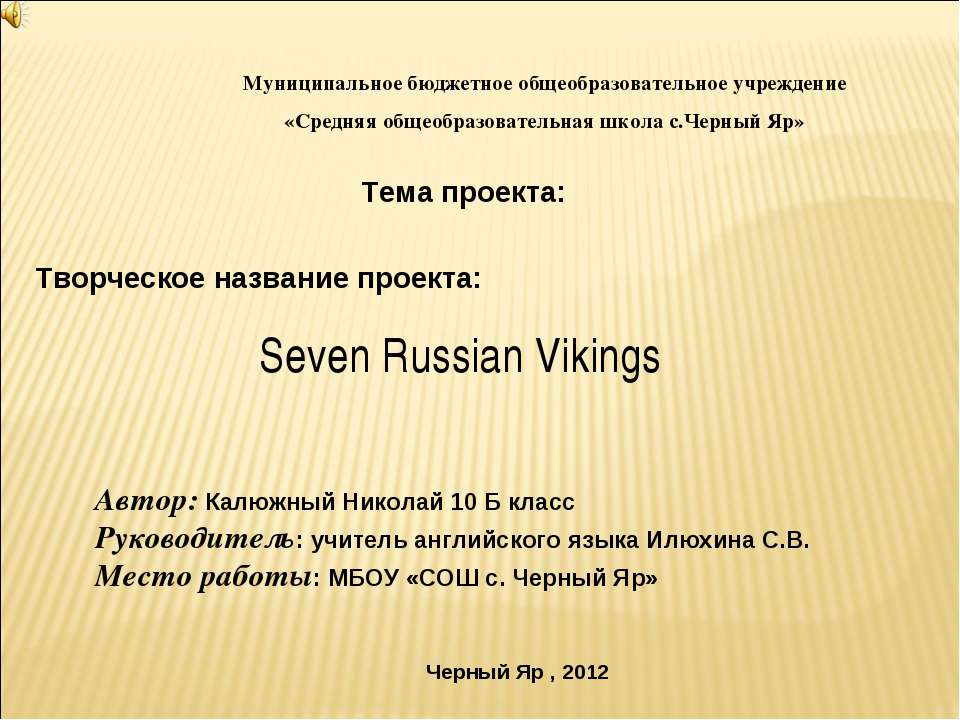 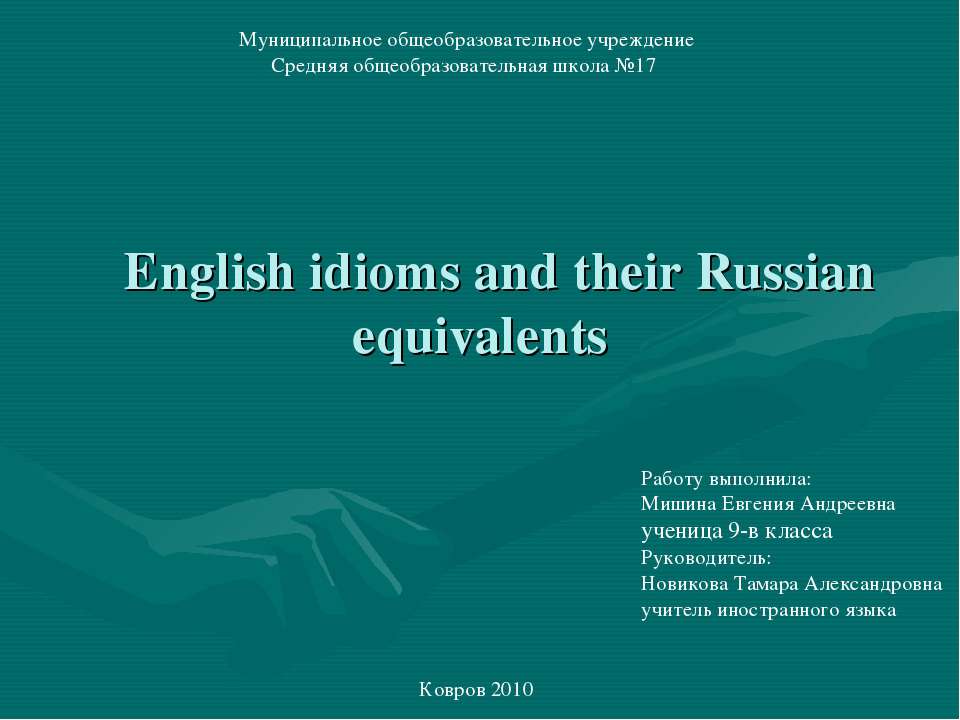